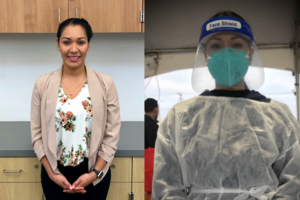 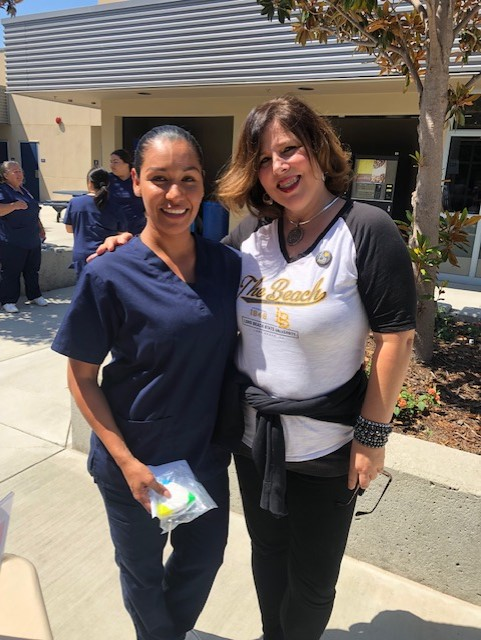 From ESL to GED, Medical Assistant certification and a new job - all at HBAS!

From start to finish, Sandy’s journey at HBAS is a true recipe for success: Start with heaping cups of aspiration and hard work. Stir in a few amazing teachers and guidance from support staff and voilà: three completed HBAS programs and a job on top!

So how did Sandy get from ESL class to a well-paying Medical Assistant job in just 2 years? Her success was no surprise to Medical Assistant Instructor Alan Bell.  He explained that Sandy “took her studies seriously and her clinical techniques were exceptional. She was always ready to take on the new challenge.”

In 2015, Sandy came to the US from Mexico with a high school diploma and her firstborn son. When her second son was 2, Sandy was ready to study something and “to do that I needed to start with English.” She was pleasantly surprised to find free ESL classes at HBAS in August 2018.  Sandy remembers being “both excited and nervous because I did not know how school would be like in the US. I did not have a clear goal at that time, I just wanted to learn English and see what else I could do next.”

From day one, Sandy set her sights on the future.  At her orientation session, Sandy “talked to Mr. Alviso about my interest in starting a new career” and he suggested the GED program as a next step. “After studying English for about 6 months my English teacher told me I was ready to start on my GED classes, so I enrolled. I passed my GED exam in February 2019.”

Mr. Alviso continued to offer guidance to Sandy as her GED Instructor, telling her about different career programs offered at HBAS.  Sandy decided to pursue Medical Assistant training once she passed her GED exam.  When asked why she chose to stay at HBAS for her MA program, Sandy explained that “I did my research and found many different schools that offered MA training, but I was so amazed at how expensive they were in comparison with HBAS.”

Sandy flourished in the fast-paced program, where instructor Alan Bell “helped us get prepared for the real world in the healthcare field.” Again, Sandy followed a recommendation from her instructor to take the NCMA.  Mr. Bell is proud to say that Sandy now “belongs to an elite group that have accomplished the State Boards.”

With the MA program completed and NCMA passed, Sandy was ready to pursue the next step: a job. Though her externship and job search were put on hold due to COVID-19, Sandy never gave up.  She credits Job Developer Arlene Flores for reaching out and connecting her with local clinics and recruiters.  “She did not stop until I found the right one.”  Sandy is thrilled to be starting her first job as a Medical Assistant on February 1.

During her journey at HBAS, Sandy seized every opportunity that came her way.  We couldn’t be prouder and know she will continue to accomplish great things on her new career path.